On Saturday Oct. 19, St. Elias Roman Orthodox Church held its annual Med Fest. This is the 81st year for this Austin tradition. 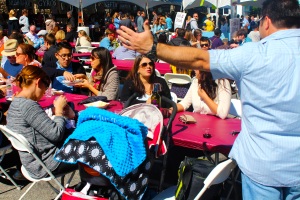 The Festival began as a fundraiser for Lebanese immigrants that began the church in the 1930s during the Great Depression. The fest today today celebrates the many different cultures that come together to worship. 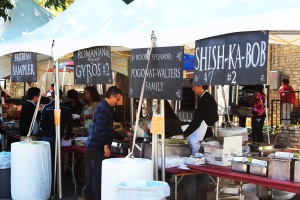 Many church members set up booths to raise money for charity. The fair features foods such as falafel and gyros . 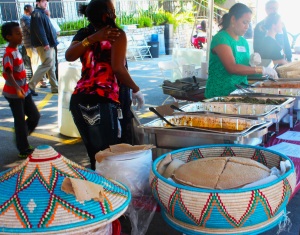 Ohter family members greet each other as they get prepared to serve an Eritrean Sampler plate. The sampler included beef stew, Enjera bread, and has a vegetarian alternative. 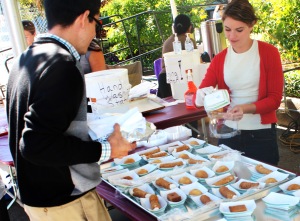 Chloe Nicolaus prepares canolis for a customer. Her Greek family also had Gelato and Namoura at there booth. Namoura is a dessert cake made with semolina butter and coconut topped with a fragrant sugar based syrup. 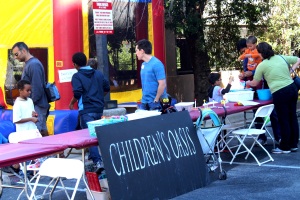 The church rented out a bounce house for the children to play in. 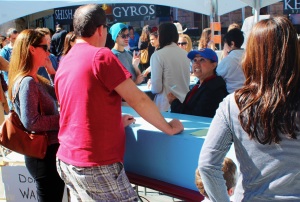 Long-time festival attendee, and now volunteer, Carolyn Mendoza, said she loves the festival because of the family orientation. Even though she has recently moved away to Georgetown she decided to volunteer this year at the coupon booth. 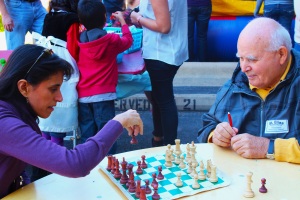 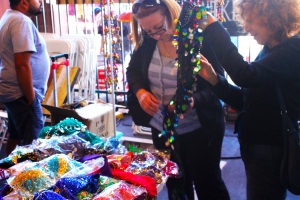 Judy Delarosa on the left sifts through indian clothing with her friend Jan Singer. They said they attend the fest because of the shopping and the music. 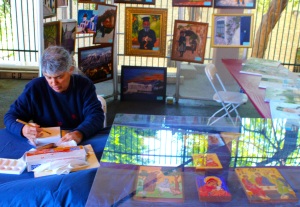 Georgia Xydes sells paintings and handmade icons. These household decorations were used to associate saints with certain symbols to help teach their stories. Xydes she has to follow a set of rules to make the icons correct. 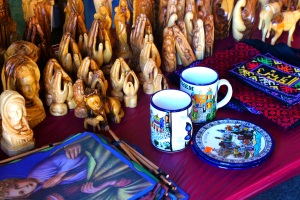 An assortment of religious decoration on sale that were imported from Bethlehem. 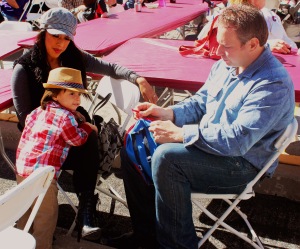 The Stack family takes a quick break from the fair. Mrs.Stack said she used to come to the festival all the time a few years ago. Now she has made a return and is happy that she gets to share it with her son Ian. 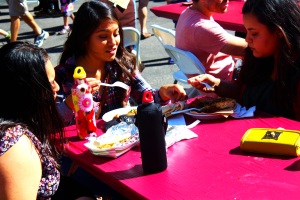 Gladys, Annette and Kayla are graduate students from Texas State University who travel up interstate 35 to enjoy the festival. 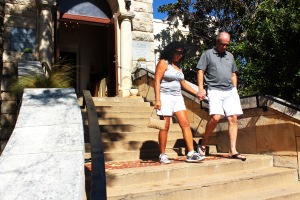 The Ross’s visited the church like many of the festival goers. They said they see the church as,”one of Austin’s gems,” because of it’s close-knit family feel regardless of its diverse cultures. 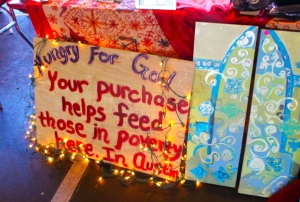 Father David Barr of St. Elias said half of the proceeds from the fest is going directly to charities. The rest of the money would be put toward renovating the church and an expansion fund.